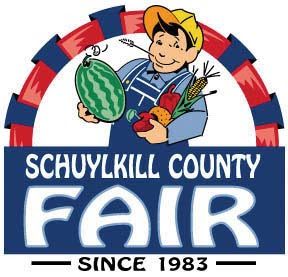 Cast Your Vote
Don’t be left out. Cast Your Vote. No I am not talking about the primaries or general election. I am talking about something more meaningful. Voting for the 2016 Schuylkill County Fair logo and font style for this year SCF.

Currently running on the SCF web site at www.schuylkillfair.com is a survey for the general public to cast their vote for which logo they feel best represents the 2016 fair theme. Did I tell you the theme? Well the theme is “We have Good Things Growing. Yes, we do have lots of good things growing and our web site is just one example.

As we work towards this week long event August 1-6, 2016 the Fair is growing with new ideas. One of those ideas is just at your fingertips with this interactive survey on the web site at http://www.schuylkillfair.com/vote. On this page you will find a choice of five logos and five fonts. Select your favorite logo choice then click next. The process is then repeated for font choice as well. Web site visitors may vote as many time as they like. Get your vote in early as the tabulation will commence March 1. After that the voter’s choice will be announced.

Written by Erica Ramus on February 5, 2016. Posted in Events, News